I’m surprised IMC Games hasn’t made this comparison either on the Steam page or their own website, but the monetary value of their founders packs is a little obscured if you haven’t played Tree of Savior yet or haven’t done a little research on how much each of these items are worth. So for those on the fence, I’d like to break down what each pack is worth by comparing what the cost would be for the same items at regular price.

Looking at it this way, you can see what a great deal both of these founder’s packs are at 50% off. Even at full price ($50 and $30 respectively) you are getting a great deal on what you’re purchasing. And for the $9/1ooTP ratio, I’m basing this off of an FAQ provided by IMC Games but currently there is no other way to purchase TP other than these packs and that dollar per TP value could change. If the game sounds interesting to you though, I wouldn’t wait until it goes F2P. You’ll want some currency for additional inventory space if nothing else and the 30% XP boost granted by the Token is beneficial when you’re getting started. It’s a niche title and not for everyone but for those who are interested it’s worth the $15-25 price tag.

April is coming to a close and May is only a couple days away so it’s time once again to take a look at my goals from this past month and see how I did. Overall I made little headway in any game other than Tree of Savior, however I spent about two weeks trying four or five new MMOs and that proved to be a refreshing and productive change of pace. Between shaking things up a bit in terms of game selection and writing one post on feeling restless with my current choices and another on whether or not I should try a weekly, multi-gaming schedule I have a pretty solid idea of how I’m going to approach May. But I’m getting ahead of myself, let’s look at what April was like first.

The Secret World saw very little playtime this month, no more than five or six hours in total which means I did not finish any of the goals that I had set. I was able to complete Issue 9 and begin Issue 10 so that was at least something. However with Tree of Savior I was very productive. While I did not write a beginner’s guide (I don’t feel I know the game well enough for that just yet) I did manage to reach 20 with each class and after choosing to focus on the Cleric, I leveled well past 50 and am currently sitting just a few levels over 100.

As for single player games, I don’t think I played any of them this month. Instead I spent my time trying TERA, Wakfu, Path of Exile, Firefall, and Skyforge. And although I don’t think I will be continuing with any of them for right now, I did find a few worth revisiting, but more on this when I set my goals for May. While very little was accomplished from my list, I had a lot of fun focusing on Tree of Savior and playing a slew of new games I’ve never tried before. I don’t know what it is about Tree of Savior in particular that has been so compelling for me, but I’ve enjoyed it all the same and will likely continue to in the coming weeks. So how did everyone else do this month, did you manage to accomplish what you wanted? What plans do you have in mind for May?

Dungeons in Tree of Savior can be chaotic affairs, or they can be a smooth and efficient way to level. The random group finder does not ensure a tank, healer, and three damage dealers are always present and even if it did, the encounters are not designed to require the traditional trinity set up. Instead, each player must take personal responsibility and demonstrate situational awareness to ensure a quick, enjoyable run. Overall I like this set up. Classes have unique toolkits as a result and rarely is completing a dungeon challenging even if you lack one or more roles so long as everyone works together. In fact, some bring such vital utility as to be overpowered by the standards of most MMOs, which in my opinion only serves to bring value and flavor to each class.

However there is some basic, dungeon delving common sense that seems to be constantly lacking in the groups I’ve played with, especially given the lack of any real trinity. Ideally you work as a group to cluster mobs together and then aoe them all down. WIth only 1 of 80 classes able to taunt, it’s likely you’ll all have to work together to group enemies in one location which makes for quick clears. That’s the goal anyway, but all too often everyone is running in their own direction, chasing their own mobs, or using aoe knockbacks that ruin a neatly clustered pack which ultimately slows down the entire affair. 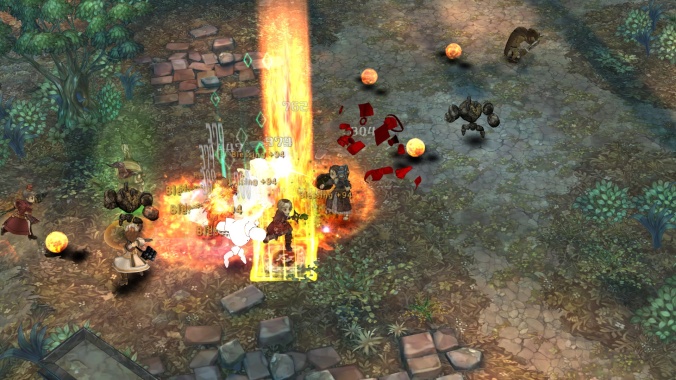 As a Cleric/ Dievdirby, this affects my class most of all as nearly all the utility I bring to the fight requires some level of positional awareness. A lot of the problem stems from the newness of the game, I’ve played the Cleric past level 100 but have only reached 20 on the other classes which means my knowledge is primarily limited to one archetype. Assuming the majority of players are in the same situation, it’s understandable why a Swordsman might use an aoe knockback ability right after I drop a statue with a hard hitting frontal cone attack pushing mobs out of the field of damage. Or when an Archer kites a boss away from the statues I’ve dropped that would have otherwise kept his SP regenerating faster and his ability CDs shorter had he stayed within the glowing blue circle.

I can understand the ignorance, because I’m not exactly sure what they’re doing at all times either. Nevertheless, it is still frustrating. I feel useless at times because my single target damaging abilities are weak right now and will continue to be so until I reach level 127 and I’m able to advance to the Monk class. So right now my number one contribution is buffing my party, debuffing the targets, and then placing an  owl statue that does a ton of damage but requires mobs to stay positioned in front of it. Many of these abilities are on longer cooldowns which means once the target is moved out of range, I’m gimped on what I can contribute for a while. 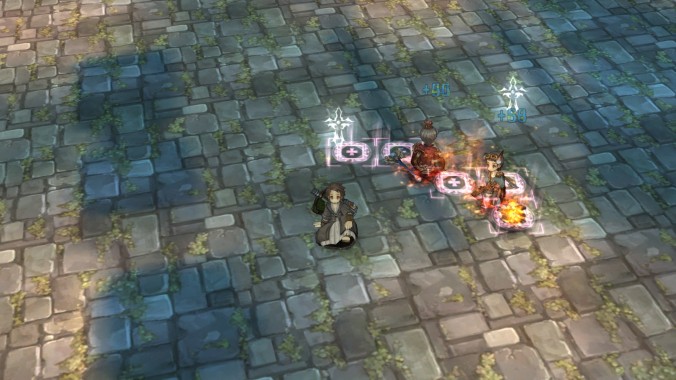 Thankfully no one has complained about my lack of damage, or blamed me for slowing down the run; the community members I’ve met via the group finder have all been stellar. But if you happen to be playing Tree of Savior and see a character carve a wooden statue that emanates a blue circle, or you see a glowing square placed on the ground with a shield icon in the middle (pro tip; step on it for a temporary damage shield), or an owl spewing forth green fire, try to keep your targets and your character in range. Not only will it make the run go quicker, but it will make your Dievdirby Cleric happy as well. I love playing an MMO with unique and useful utility spells, we just all need a bit more experience and education so that we can work together more effectively.