Ever since I became a wanderer through several MMOs rather than sticking with one I’ve been playing with other people less. Sure, I’m running dungeons from time to time with four strangers from other servers whom I will likely never see again but that is not the same thing as playing regularly with the same guild members. Going forward I will be looking for opportunities to socialize in game every week so that I can connect with other players and make this hobby social again. Not that I need to spend every moment in game with a group, but I want to move away from a single player approach to MMOs and reconnect with the single greatest feature in any gaming experience: the people. 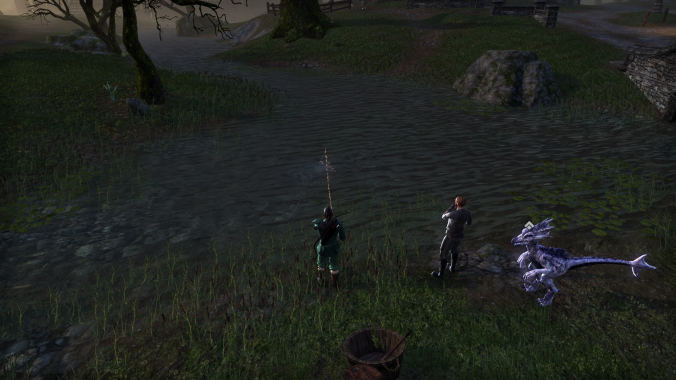 I’m not actually fishing, just waiting for the NPC next to me to catch more so that I can continue to steal them from his wooden bucket.

That said, expect a post every now and again in which I record my attempts at joining the human race and engaging others in the virtual worlds I inhabit beginning with a story about a horse in The Elder Scrolls Online. Last night I logged in to ESO for the first time in almost a week. It was a little disorienting at first but once I got my bearings I began robbing NPCs in order to gather ingredients for my crafting post on provisioning. That was when guild chat announced a final call to Cyrodiil for a group run to collect skyshards (a type of node that provides a skill point for every three shards collected) and visit the public dungeons. 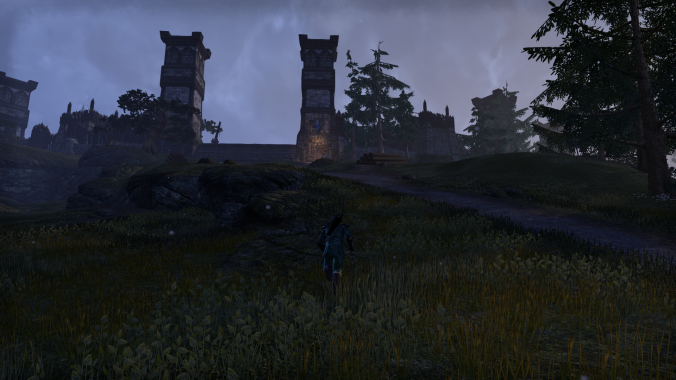 After asking if I could join I was caught by a local guard and had to run for my life or pony up the stolen crafting materials and gold before I could accept the group invite (I ran of course). Once my flight from the law was successful I teleported to Cyrodiil and instantly realized how little I knew about this part of the game and how ill prepared I was for group content. Thankfully, Esa—one of my guild’s leaders— was there to help me out. Esa was the commander of our party and with each question I had he patiently answered and went out of his way to provide me with direction. 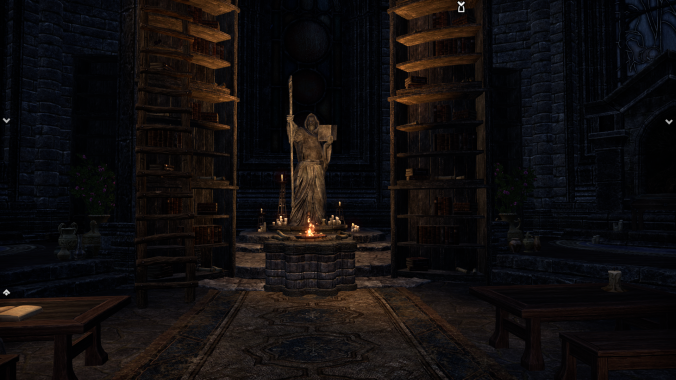 First he teleported back to the start in order to help me figure out how to travel on the PvP map. What I didn’t realize is that you can travel between capture points controlled by your faction. He showed me what the portals looked like and how to use them. In the meantime our faction lost control of the location nearest our party, meaning we were going to have to ride part of the way in order to join them. Or at least it would have if I had owned a mount. Mounts are expensive in ESO and I’ve spent most of my gold adding inventory space because the base bank and bag storage is ridiculous given the amount of materials and gear you collect so I did not have money for a horse.

Dejected, I told the members of my guild it would be best if I joined them another night because I did not have a mount and would only slow them down. Esa more or less said “bollocks” and came to my rescue once again. He ponied up the cash (pun intended) for an introductory level equine mount and showed me where the vendor was located in Cyrodiil. Keep in mind I’m new to the guild, new to the game, and I don’t think I had ever spoken in guild chat before. There was even a second guild member who offered to buy me a mount as Esa was making the trade. This was extremely generous. 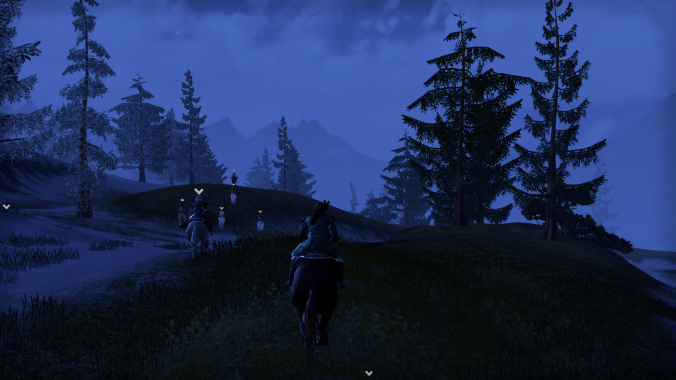 After that we were off! The rest of the night was spent roaming around the map in search of dungeons and skyshards. The activity itself was not always interesting nor was it efficient for leveling but that is the kind of thinking I need to move away from. Instead I want to enjoy the company of strangers (soon friends, I hope) and I look forward to grouping with them again. Normally I avoid situations like this where I don’t understand what things are and how they work. It is one of the reasons I like to play alone, otherwise I feel obligated to do extensive research on a class, dungeon, or game mechanic before interacting with others for fear of looking the fool. Having someone be so helpful while I was in a situation where I felt so ignorant was a blessing.

Interacting with others in game can be a risk—you never know what kind of reception you will find and there are plenty of players who would have ridiculed my inexperience. Approaching MMOs as a single player experience is the quickest solution to that problem. However playing alone also means never providing others who genuinely want to be helpful the opportunity to express that generosity nor does it offer a chance to be generous toward others yourself. Hopefully my future adventures in MMO socializing will continually prove to be fruitful in both regards.

One thought on “About a Horse”